All you need to know about Artificial Intelligence by Botnation: Advanced Features 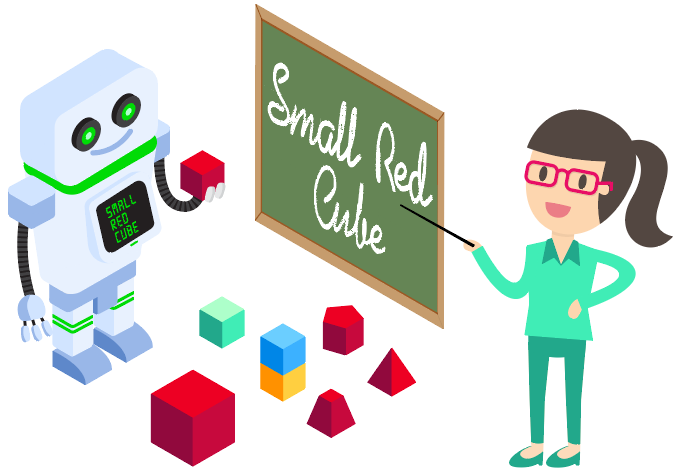 The dictionary definition gives “Set of circumstances in which an event occurs”. In the context of our AI, the meaning is the same and in practice it is a subset of AI rules that we associate with part of our chatbot. Your ChatBot will therefore have different AIs depending on the context of the discussion.

It's also a good way to organize the rules by topic.

To activate Contexts on your chatbot, you have to do it in the advanced settings.

The main context is the “default context”. We call “Secondary Contexts” the additional contexts that you create.

The default context must always remain the main context of the chatbot.

For a Secondary Context to be taken into account / saved, it must contain at least one AI rule.

The rules of a context apply as soon as a sequence to which it is associated is triggered.

If a default sequence has been defined in the secondary context:

If a default sequence has not been defined in the secondary context:

TIPS: Priority keywords are very useful for getting out of a Context.

Before discovering the Tunnels, we will focus on a very useful feature in the management of keywords: the Keyword Libraries.

Introduction to the Context

These are sets of words that you can save and use as keywords in multiple chatbots and / or in different contexts within the same bot.

Library management is done in the AI tab of your chatbot.

To create one, make a list of Keywords or Expressions as if it were a regular AI rule but without Priority Keywords or Negative Phrases. You can then add it to any AI rule in your bots.

TIPS: the modifications are taken into account wherever the Library is used.

This feature is particularly useful when managing different bots that have the same theme.

And it also works from channel to channel. You can use your libraries on your Web chatbots and Messenger interchangeably.

Obviously, you cannot use the same Library several times within the same context.

Definition of a Tunnel:

This is a priority AI rule that triggers a search in another context. Optionally, an intermediate sequence can be started.

This intermediate sequence can be used, among other things, to store data in passing in a variable without displaying anything in the chatbot.

Definition of a Variable :

This is data that the chatbot will store in its memory. A variable is defined by its name and by its value.

Example: The Variable with the name “property_type” can take the value

It is a complex logic to master, but it is a very powerful tool. It will indeed make it possible to detect several intents in the same sentence. The Tunnel in the default context detects a first Intent and then searches the AI rules of another context for the second Intent.

It is also possible to put Tunnels in the secondary context and therefore to detect a third Intent. In theory, using Cascading Tunnels you can detect as many intentions as you want in the same sentence. But from a practical point of view, it is better to limit yourself to three intentions.

The best way to understand how it works is to study a practical case.

Detecting multiple intents in a typed sentence is a headache for all AIs around the world. With tunnels, our platform finally offers a pragmatic and effective solution to this problem.

3.4 How do I find which rules are in conflict?

The more advanced an AI, the longer the setup time and the more likely it is to have conflicting rules. Indeed, as soon as we add a new element (keyword, rule, context, tunnels), we must potentially manage all the conflicts that this generates in cascade.

To help you resolve conflicts between several rules, we still have a handy tool that are context and expression variables:

When you identify a problem in your AI it is often because the bot gave the wrong answer. You will have a possible solution by adding a "text" element with these two variables in the sequence of the wrong answer and replicating the error. This will tell you which Key Word or Phrase triggered this response as well as the Context in which the mistake was made.

When you start to use tunnels it may happen that the ChatBot gets stuck in an infinite loop (Ex: In Context A, a Tunnel launches a search in Context B and finds another tunnel that links to the first context.)

In this case, our platform detects the problem, stops the ChatBot and displays, in the conversation, the Sequence and the Context that triggered the infinite loop.

Building deep AI is iterative work and there is no other solution than to spend a lot of time on it. It can range from a few days to several weeks depending on the complexity.

This information should therefore be taken into account when drawing up your specifications and planning.

Launch BOTNATION
Did this answer your question?