Export your Facebook Messenger chatbot to a web chatbot

Export and adapt your Facebook Messenger chatbot to create a web chatbot in a few minutes only, without any benefit loss

We recently shared Facebook's new changes regarding its API that will degrade the Messenger Chatbot experience. If you want to know more, here's our detailed article.

You might have worked hard on your Facebook Messenger's chatbots. This article aims at helping you how keep your qualitative work and how to transfer it to a website chatbot within a few operations. Some options are only available on Facebook but we will show you how to work that out.

You might have noticed your Botnation's workspace conveys several tabs corresponding to the platforms on which your chatbots are available. In our case, we will focus on the Facebook and Web & Wordpress tabs. 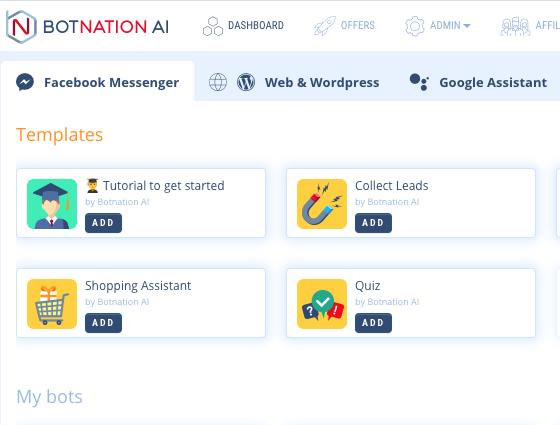 The operation's goal is to export it so as it is suitable to your web site. Choose the Facebook tab and pass the mouse on your Facebook chatbot's name. An overlay appears.

Four options will display (Rename / Duplicate / Export to / Archive). Choose "Migrate". A warning message will appear. Confirm the operation by clicking on "Export to".

Now, a copy of your chatbot appears on the Web & Wordpress tab and it's suitable with a website integration. We'll see how to update it so it's fully operational.

Now you exported the chatbot to the Web tab, you should check if everything works correctly. As mentioned earlier, a few options are only available on Facebook Messenger. When doing this operation, your chatbot will roundabout 90% similar to the original (and it's true the other way round, from web to Facebook Messenger).

Facebook offers a few systemic variables such as {{BN_EMAIL}} or {{BN_PHONE_NUMBER}}. How does it work ? Any Facebook user fills a form when he subscribes to the service : name, surname, user name, email, phone... If he allows Facebook to transmit its datas to tiers, then they're able to retrieve those infos. In our case, the variables below allow you to collect the email or the phone filled. As this is not possible on a Web chatbot, we'll use the User input : 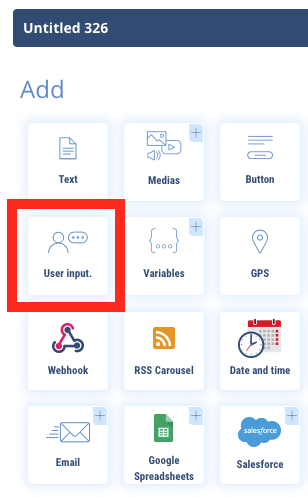 You'll notice while setting up a scrolling menu "Variable type" with 3 options : 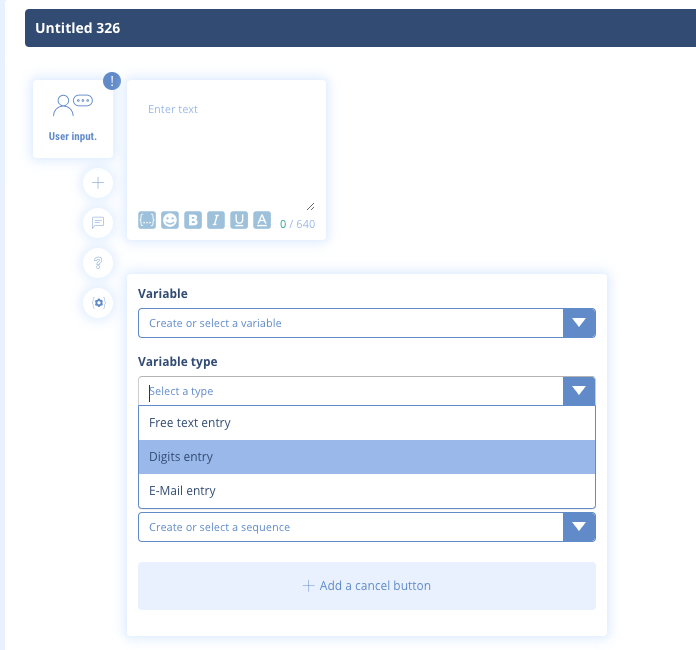 Digits and E-Mail entries will be useful for your leads collection. For instance, choose Digits entry to detect numbers typed by the user. The user will have to enter a series of number to confirm the entry, otherwise, he'll be asked to do it again. Same goes for email detection. Botnation will recognize if the answer conveys an "@". If not, the tool will ask to type the answer again. This module will maximize the number of filled forms.

Facebook eases the chatbot's personalization process thanks to the informations declared when the user subscribed. Those informations are transmitted through the system variables and injected to the chatbot. That's why some chatbots announce from the beginning "Hello Cyprien", "Cyprien" being the value sent by Facebook the {{USERNAME}} variable. On a chatbot web, you may want to customize the user path by asking from those information from the beginning and restore them at the next connections.

You should create 2 welcome messages. The first one will require a User input asking the person's name and will collect it in a user variable. In the second one, you'll integrate the variable with a sentence such as "Hello {{FIRSTNAME}}, nice seeing you again".

Tip : to differentiate 2 messages, use the Increment option at the end of the sequence. It's available in the "Variables" module.

Create a variable called {{PASSAGE}} for instance. Everytime the user will enter the chatbot, the default welcome message will display. The chatbot will then add "+1" to each passage on the sequence. 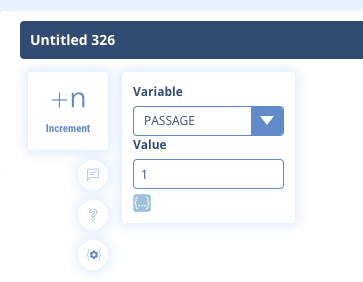 At the beginning of the first welcome message, we'll integrate a virtual toll which will count the users passage. If it's his first passage, then the sequence will go as usual and the variable {{PASSAGE}} will be incremented by one point (+1). In his second passage, he will take an extra point, the variable {{PASSAGE}} will then be equal to 2. If the variable is strictly superior to 1, then we'll send it to the second personalised Welcome message with the user's first name.

Here's a way to set the Welcome sequence up. "Welcome" being the default welcome message. "Welcome II" is the personalized one. 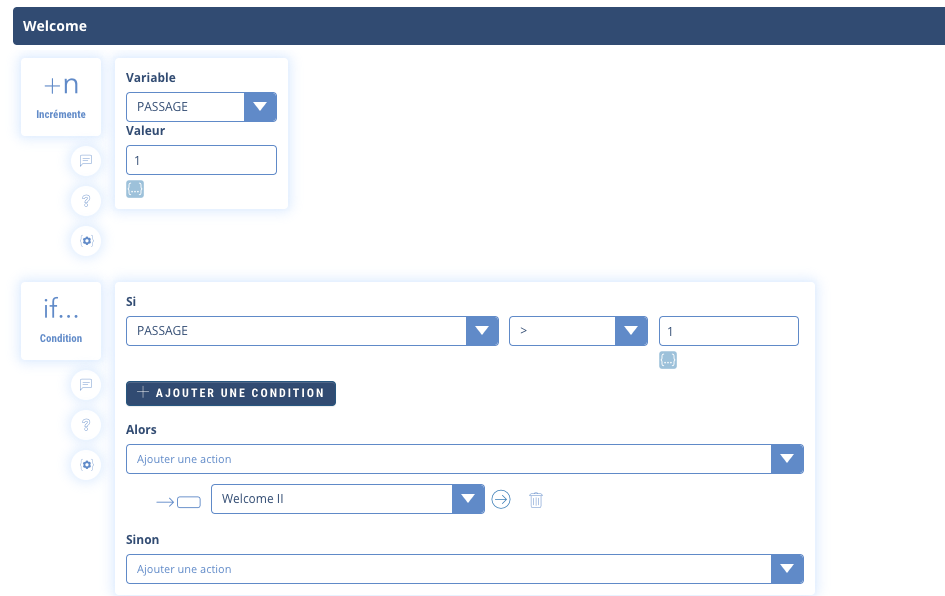 Then, the user will find a similar experience to a Facebook Messenger's chatbot.

Same logic applies to other basic variables such as Gender and Language : build your chatbot so as you ask those informations directly to your users. Capture them in variables and send them to your users.

Which features disappear to the export ?

That's why we advise you to collect your users data at the end of the discussion for instance, to contact them later. Those datas are then exportable by email through the Gmail module, to a Google Sheet or to any data base thanks to our Zapier plugin.

No panic ! Out Chatbotnation service is here for you. Within a few clicks, create a customized URL such as https://chatbotnation.com/YourURL and the chatbot will be hosted on the platform, without any extra cost. It will appear in full screen. If you already own a domain name but no URL, you can also use it and redirect to the Chatbotnation's URL that hosts the chatbot. Then, the chatbot will be published.