If the concept of a variable is totally abstract for you, I advise you to consult the
following article before continuing: All about variables.

In this article are presented the following stories:

The Assign story allows us to create and modify a variable.
Let's start by creating an Assign story:

You just have to insert the value to assign to the variable.
When the bot executes this story, it will be completely invisible to the user.

It is also possible to give the variable the value of another existing variable by
clicking on the {...}

We created a variable whose name is "myvariable" and for value "5":

Let's check that the operation works by asking the bot to display the value of the
variable myvariable. 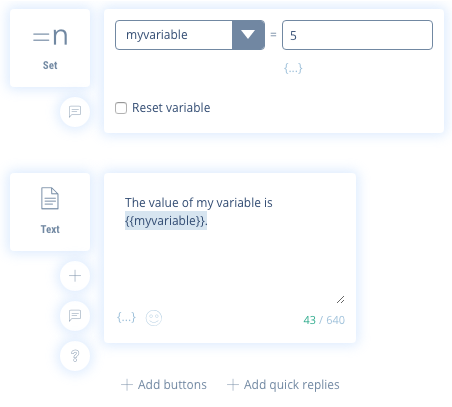 It is confirmed, our variable "myvariable" has the value 5. We can now manipulate it
from any sequence of our bot.
Now let's manipulate this variable with the stories Increment and Decrement.

💡 To reset an already filled variable to 0, simply put the name of the variable and
set the value to empty.

Let's create a new sequence with an Increment story.
We will choose the variable "myvariable" and put in the value field the value 2. 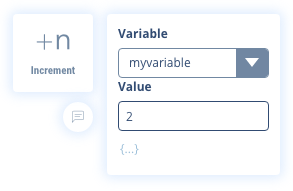 When the bot executes this story, it will add 2 to the value of the variable
"myvariable"

Let's check the result with the help of a story Text: 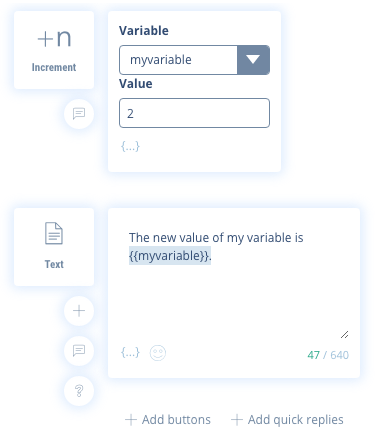 The logic of the Decrement story is the same except that instead of adding a value,
we subtract.

This story also allows you to manipulate a variable, but unlike Increment and
Decrement, you can do a calculation from two values. 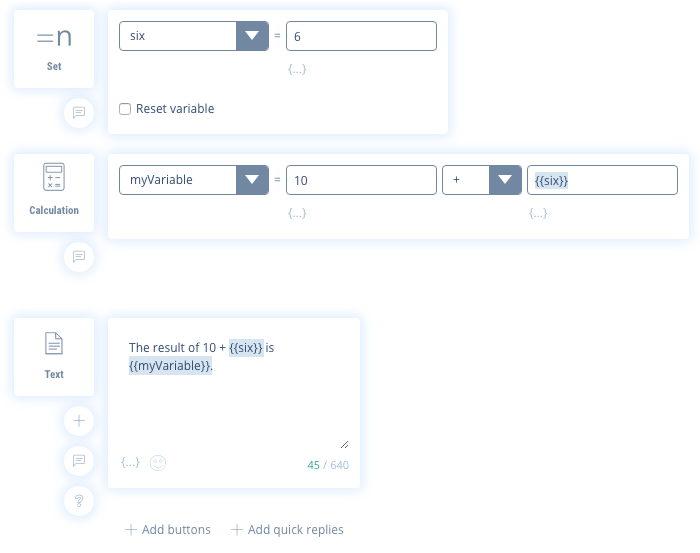 Let's look at what the bot shows us:

The variable "myVariable" has highlighted the result of the operation.

There are several operations available:

This story will allow us to give a variable a random value between a minimum value
included and a maximum value included.

Here is an example of use: 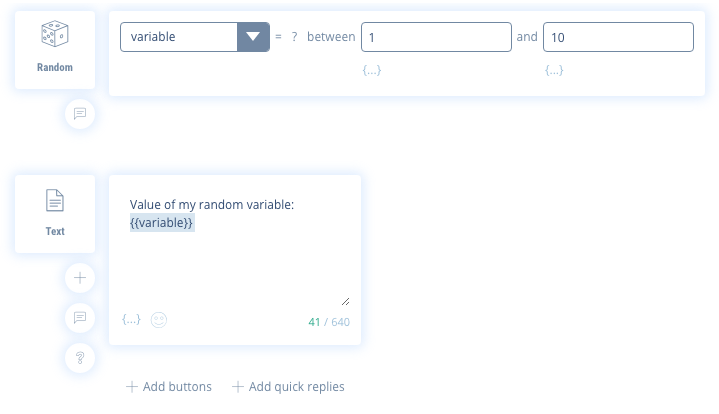 Each time the bot executes this story, the variable "variable" will have a random
value in 1 and 10: 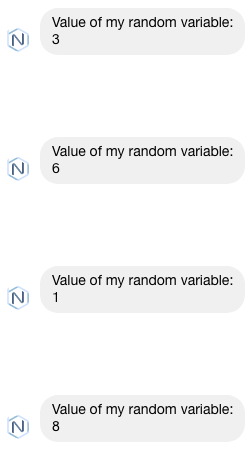